AMARI™ Supercars is one of the UK's largest and most established Supercar and Hypercar dealers. At any one time, the business typically holds a physical stock of 70 models, from Aston Martin, Bentley, Bugatti, Ferrari, Lamborghini, McLaren, Mercedes-Benz, Pagani, Porsche, Range Rover and Rolls-Royce.

The business is born from a long heritage of dealing in Supercars, stemming from the Amari family's personal ownership of numerous contemporary Lamborghini models over 40 years ago. This passion for collecting Supercars inevitably led to more active buying and selling of the cars, which in turn led to the establishment of Amari Supercars as a separate trading entity. The success of the business over many years trading, has led to its position as a globally recognised centre of excellence for Supercar sales, with thousands of satisfied customers all over the world. 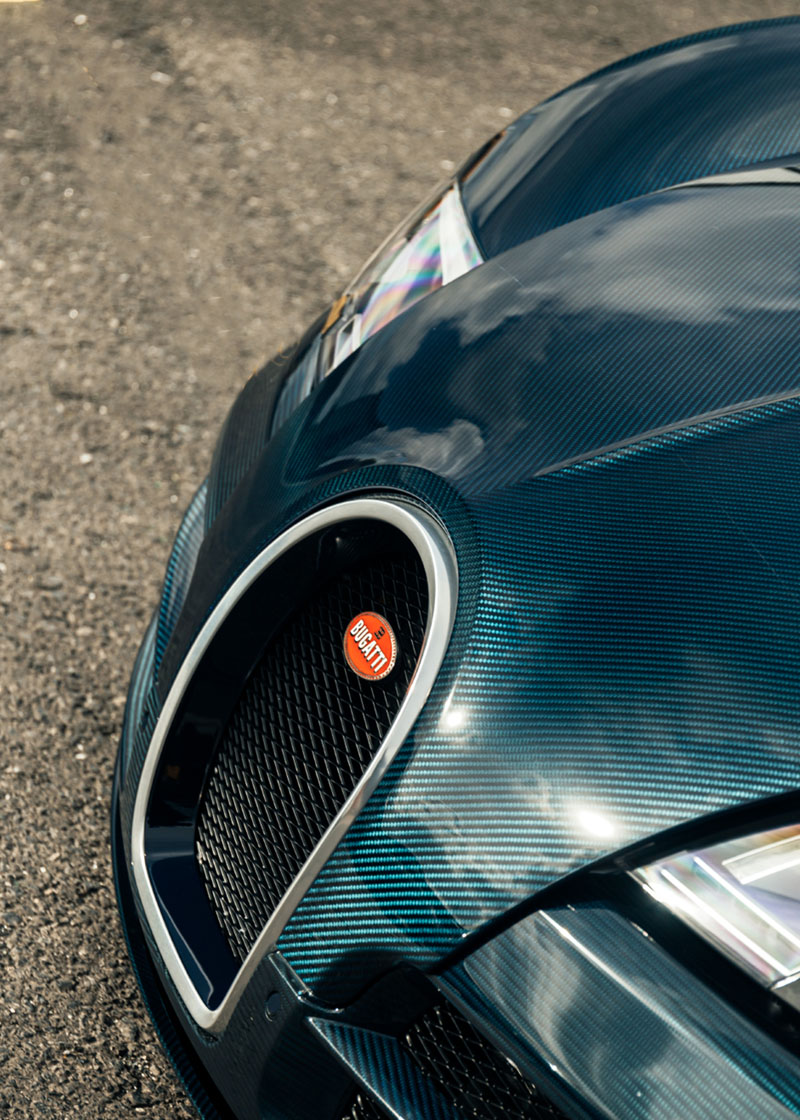 We only deal in the best, most pristine, well specified stock, as experience has taught us that these calibres of cars sell themselves. For this reason, we do not employ sales staff in the traditional sense of the word, although we do ensure all our staff have extensive product knowledge of the cars and realise that at this level, the customer service experience needs to be absolutely first class. We are a predominantly family run business with a high level of lengthy staff retention and this has enabled us to build long term relationships with clients, ensuring we develop a strong understanding of how to meet or exceed their expectations.

The rarity and exclusivity of the type of cars we deal in, obviously attracts a global audience and although we always hope to meet our clients in person, we have routinely sent cars to customers "sight unseen" all over the world. The trust our clients place in us, has led to a significant proportion of our business deriving from customer referrals and we continually strive to make a Supercar buying experience from Amari Supercars something special, befitting the quality of cars we have on offer. Our most established customer has been with us for 29 years and we have sold him 86 cars to date - hopefully an endorsement of our approach! 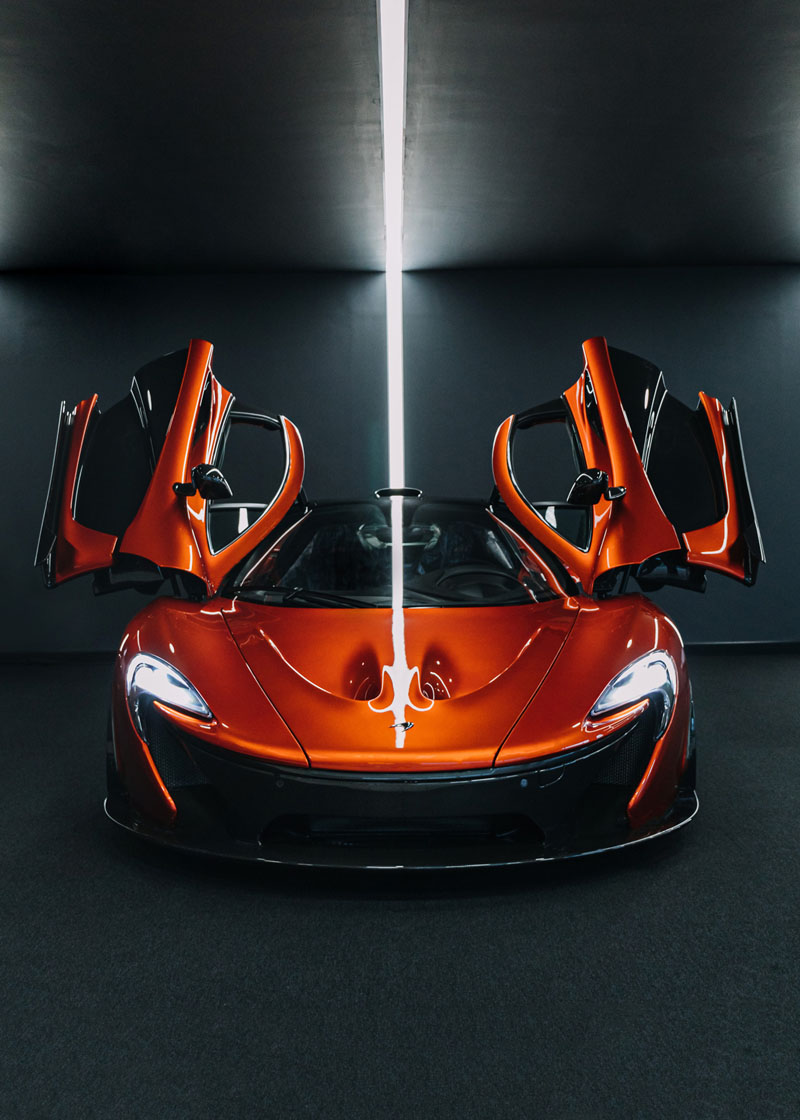 The cars we offer for sale have been selected as the finest examples of their type and are prepared to the very highest standards. With a few exceptions to accommodate long term customers, the vast majority of our stock is owned by us which should reassure prospective clients that we back with our own money, our judgement on the quality of the cars that we sell. We are one of the few independent dealers at this level to buy stock, which in turn explains how we can acquire the very best examples on offer.

Due to our focus on the latest specialist cars, the majority of our vehicles come with the balance of a factory warranty and with a factory service history. Older classic models can come with a bespoke warranty and condition evaluation by marque specialists to suit your requirements.

We buy the best, sell the best and decades of experience of this modus operandi of trading, leads us to the conclusion, this is the only way for us to do business. 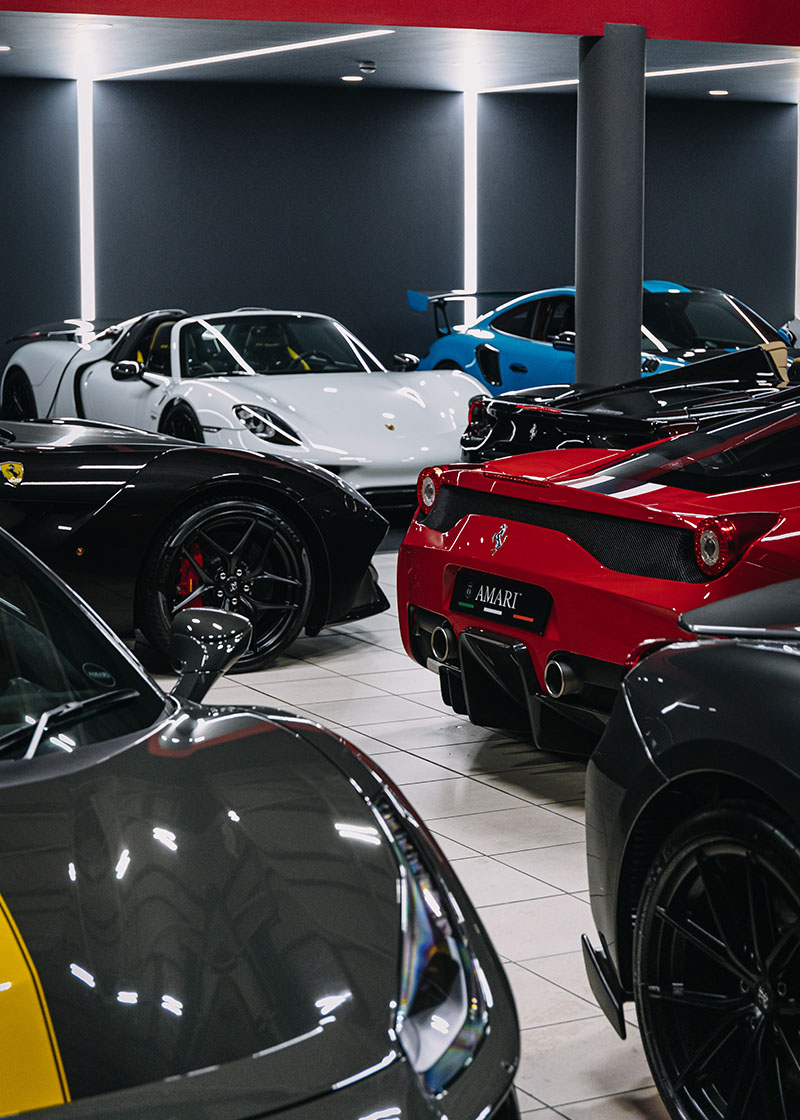 We operate from a 15000 square foot purpose-built showroom, which together with other local buildings in which we house our cars, means that we can present a strong platform to showcase 70 cars ready for your inspection. Our centrally located UK facility, a few minutes from the M6, close to major airports and only 3 hours from London, results in an environment where you can thoroughly physically inspect our cars at your leisure.

We have observed over the last 40 years, the emergence of many new ways for consumers to buy cars and with the advent of web based auctions, bedroom brokers with SOR based models, we would assert that many of these opportunities do not always present the best option for the buyer. This should not be confused with our aversion to technology! We were one of the first dealers in the UK to have a web site and actively sell stock through Crypto payment methodologies. Showcasing our inventory through our online marketing platforms, frequently presents a sufficiently compelling reason for visitors to buy sight unseen. However we would hope that our traditional approach of owning and displaying cars physically in stock, from our own bricks and mortar showroom, should reassure you that we present the most transparent and secure methodology for you to undertake a Supercar transaction.

We welcome visitors by appointment to our showroom and look forward to introducing you to the Amari Supercar buying experience.