With its underpinnings based upon the 360 Modena that preceded the Challenge Stradale as Ferrari's flagship rear mid-engine sports car of its era, the development of the car brought in a number of performance enhancements. Ferrari engineers saved 110 kilograms compared to the earlier car, making plentiful use of aluminium and carbon fiber in the car's construction. Creature comforts were done away with to save weight-even carpet-while the output of its 3.6-litre V-8 engine was raised to 425 bhp, and the paddle-shift transmission shift-times were improved with revised software. Carbon-ceramic brakes were equipped as standard, improving both handling and braking performance by eliminating brake fade and shedding 16 kilograms of weigh.

This particular Challenge Straddle was completed at the factory in Maranello in April 2004 before being delivered to the first owner in June 2004 via Hong Seh Motors PTE. LTD, Singapore. The car is finished in the rare combination of Grigio Alloy over Beige leather and was optioned with Large Carbon Fibre Racing Seats. In 2014 the car was transported to the U.K and subsequently was given a major cambelt service by Ferrari, Colchester at 24,262km before being placed into long term storage by CARS Europe. It remained in storage until August of 2021, when the car was transported to Ferrari Leeds, where the car underwent an extensive recommissioning at the cost of nearly £30,000.00. This included subjecting the car to Ferrari's Premium Programme. The programme involves the replacement of components that are subject to wear over time, as well as providing members of the programme with a Ferrari Premium Certificate. This exclusive initiative is developed to safeguard the efficiency, reliability and market value of highly collectable Ferrari's.

The car is offered for sale with its original service book, leather book pack together with car cover, battery charger and tool kit.

Please note this car is currently awaiting registration in the U.K 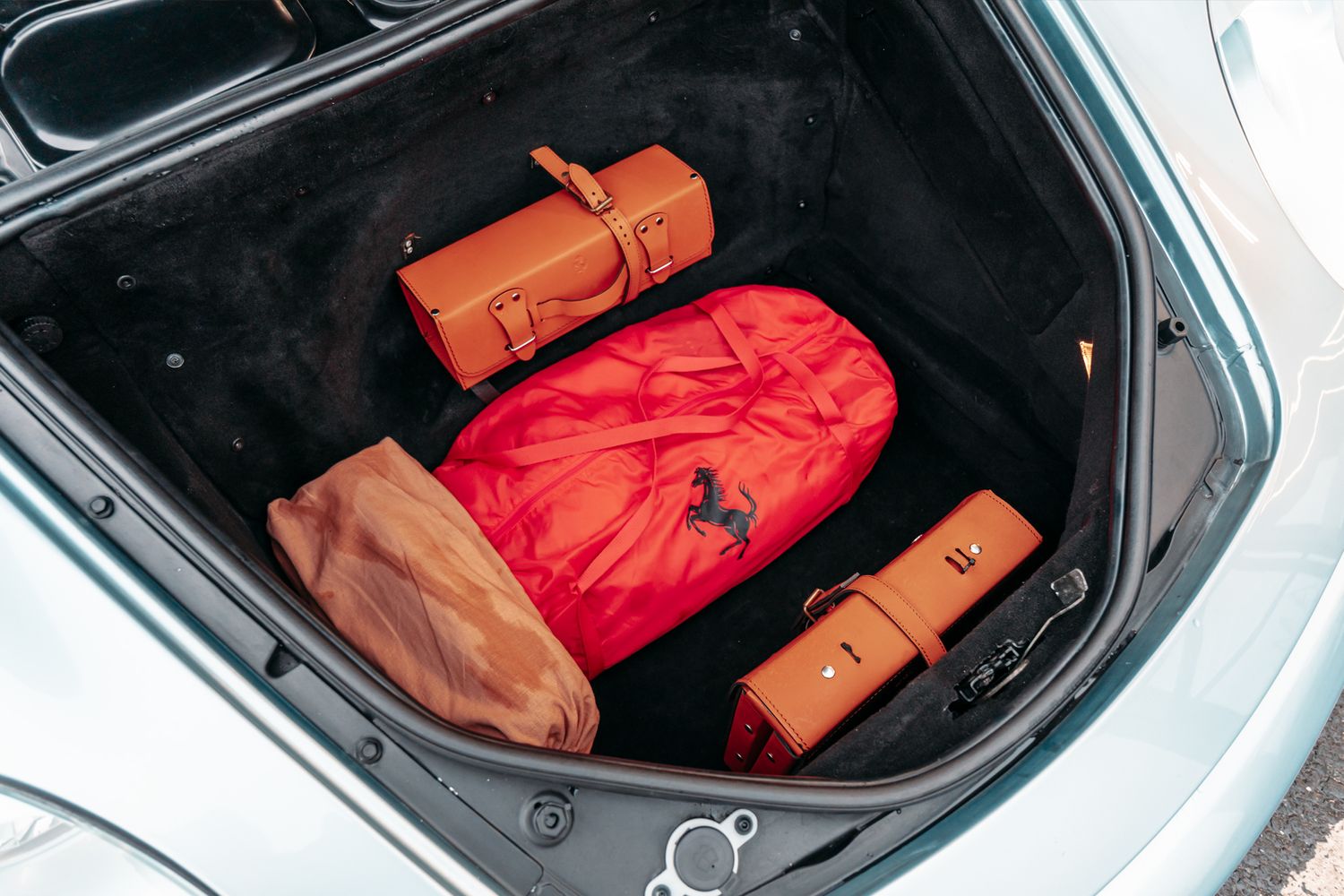